For the past several years I have been researching cars that hold more than 7 people. Some women dream of BMWs, convertibles, and Jettas. I dream of shuttle buses! I can remember the moment that I saw my dream car; we were at a gas station in town and this large vehicle drives up.

They opened the large, sliding side door and revealed several rows of 3 captains chairs. Curiosity got the best of me and I approached the owner to find out about this dream on wheels. The man said that it was a Mercedes Sprinter 3500. It carried 15, all of the seats had headrests, and it was 6 feet across….I was IN LOVE!!! At the time, all of our kids were in car seats and all I could think was, “I could put 9 car seats in that car!!” I began researching as soon as I got home. They don’t make the sprinter anymore, but I found the Ford Transit. I knew that someday I would own one!!

We have 5 boys. My three oldest boys are all very tall for their age and they will only get taller. My two five year olds are in 5 point harnesses still. Our minivan is TIGHT! There is NO wiggle room! The three oldest are on top of each other in the back and the two littles are both strapped into the captains chairs. Needless to say the fighting, whining, and complaining is horrible. They’ve done ok with the arrangement, but we knew that we were going to have to upgrade. After January, I started contacting dealers to have them look for a Ford Transit in our price range. There weren’t too many that seemed to try, so we took the search to the internet. We finally found a Ford Transit that we can afford and that had everything that we want. We will have to drive to Tennessee to get it, but we found it!!

Two weeks ago, we placed our 2008 Grand Caravan with 220,000 miles on it for sale. It sold Tuesday! We are headed to get our (read MY) 2016 Ford Transit on Saturday! I cannot tell you how excited I am!!! We will finally be able to take the kids’ friends with us to do activities! There will be be 5 extra seats!!! I am so excited!!! I know many people think that we are crazy! Of course, they thought we were crazy when we had four boys, AND when we took in another 5 year old, AND when we want to drive a bus…..maybe we are crazy!!! It’s a crazy that God’s called us to and He has provided the means to get my dream car! I never thought that I would see the day that we would actually buy it, but it is just days away!!

Now, not only will we have plenty of room for our kids, but we now have the car space just in case God wants to expand our family again. I know….we’re CRAZY!!

4 thoughts on “My Dream Car” 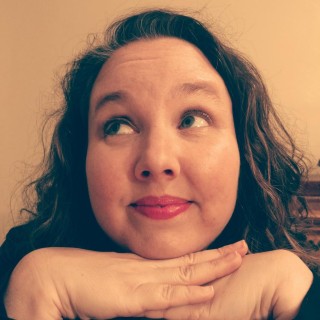 Join 42 other subscribers
Follow Laying down the La on WordPress.com